Immunity is the ability of the body to recognize and eliminate the foreign materials within the body. When a disease organism invades, the body usually produces antibodies and specific cells that can engulf and destroy the foreign substances. The body’s immune system provides protection against infectious diseases that are caused by various microorganisms including viruses, bacteria, pathogenic fungi and parasites.

In poultry production, it is very important to improve immunity so as to prevent infectious diseases. Infectious agents are living organisms that cause disease or illness and can be spread from bird to bird. Severe physical stress and environmental conditions can also reduce the birds’ ability to resist diseases. Although there are many possible causes of a disease, it is often a combination of factors that weakens the immune system.

Also an important strategy for success in the poultry industry. Natural products and natural product derivatives has a traditional history as immunostimulants. Emerging evidence indicates that herbal plants exert their beneficial effects on animal immune system mostly by plant secondary metabolites. The immunostimulating activities of many of these Aflatoxin B1 (AFB1) and ochratoxin (OTA) are involved in most studies of synergistic interactions among mycotoxins in poultry. AFB1 as a hepatotoxin and OTA as a nephrotoxin were fed simultaneously to broiler chicks, and the toxicity was synergistic (Huff et al., 1988a).

IMMUNOZAG: June 2017 MOS has certain mycotoxin binding properties, with many mycotoxins, including aflatoxin, trichothecenes, ochratoxin A, implicated in reducing immune function. Yeast MOS positively influences the microbiome by acting as a nutrient source for beneficial species of gut microbes, such as Bifidobacterium and Lactobacilli, at the expense of pathogenic organisms, including Salmonella, Escherichia coli and Clostridium. Actinobacillus pleuropneumonia can result in high morbidity and mortality rate as it severely damages the lungs of growing pigs, leading to poor weight gain and may serve as a source of future outbreaks. The combination of lipotropic agents, liver stimulants, antioxidants, mould inhibitors and toxin binders can work as a complete liver tonic.

Better Immunity through Phytosolution components have been most widely studied in mouse, chicken and human cell lines. Saponins for example have ability to stimulate the cell-mediated immune system, as well as to enhance antibody production. Many herbs also can stimulate the development of immune organs, such as the thymus and spleen as well as increase antibody production. Plants like the Withania somnifera contain the active ingredient Withanolides, which has a pharmacological action similar to immunomodulators while the Emblica officinalisâ™ active ingredient, gallic acid, acts as an immunostimulant. Mangiferin, the active ingredient found in Mangifera indica, acts as adaptogen and immunosuppressant. 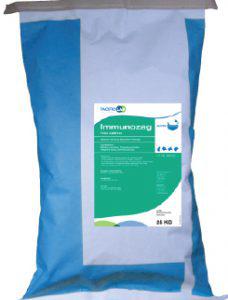 Zagro with its aim to offer a natural agrisolution to farmers, designed a product called Immunozag, it is made from a combination of powerful natural plant extracts of Withania somnifera, Phyllanthus emblica, Mangifera indica and Boerhavia diffusa which can help in immunomodulation activity and promote the health of poultry and livestock. Immunozag ~ a phytosolution for better immunity.