Avian mycoplasmosis causes considerable economical losses to the poultry industry, especially in chickens and turkeys, all over the world. Mycoplasma gallisepticum is responsible for chronic respiratory disease in chickens and for infectious sinusitis in turkeys. In broilers, it causes a reduction in weight gain, a decrease in feed conversion efficiency, an increased mortality rate, and increased condemnations at slaughter. In breeders and layers, the disease may cause a drop in egg production and an increase in embryo mortality. Vertical transmission of M. gallisepticum has been documented and may result in infected progeny flocks. M. gallisepticum can also be transmitted horizontally by contaminated fomites and workers. Wild birds may also play a role in M. gallisepticum transmission. Antimycoplasma drugs are used intensively to improve productivity, Control the mycoplamosis and reproductivity of layers as well as broiler.

Macrolide- antibiotics are commonly used against avian and animal mycoplasmosis due to their good distribution in most tissue particularly the respiratory tissues. Tylvalosin is a new macrolide antibiotics highly active 16-member lactone ring. These structure changes confer benefits related to rapid absorption, (Huang et al., 8). Tylvalosin (formerly acetyl isovaleryl tylosin) is derived from fermentation, using a strain of Streptomyces thermotolerans. Tylvalosin is isolated from the fermentation broth and the tartrate salt is formed with the final material being spray dried. Tylvalosin is a macrolide antibiotic that binds to bacterial ribosomes and prevents protein synthesis. This can lead to inhibition of bacterial growth or death of the bacteria. Tylvalosinâ’s first metabolite, known as 3-AT, also has antimicrobial activity. It attaches to a different Enzymes which are to quantitatively supplement endogenous digestive enzymes of monogastric animals (e.g. proteases, amylases, lipases). Enzymes which are not produced by monogastric animals (e.g. Î²-glucaÂ¬nases, Xylanase, Î²-galactosidases & phytases and etc). Chelates or complexes with glycine (glycinates) represent one of the most efficient organic sources of trace minerals in terms of bioavailability (Hansen et al, 2008) Cows consuming diets containing 30 ppb aflatoxin can produce milk containing aflatoxin residues above the FDA action level of 0.5 ppb. Aflatoxin appears in the milk rapidly and clears within three to four days (Diaz et al., 2004 and Frobish et al., 1986). Multiple factors take part in the reducÂ¬tion of the nutrient absorption caused by NSP (e.g. viscosity, altered composition of the intestinal flora, increased absorpÂ¬tion of bile, influence on the intestinal mucosa). In the bacteria group, Bacillus sp. is of particular importance for animal nutrition. Î±-Amylases and proteases are mainly produced by Bacillus sp. of which Bacillus licheniformis and Bacillus subtilis are frequently used.

September 2017  Site on the ribosome, enhancing the effectiveness and clinical efficacy of tylvalosin. Tylvalosin are rapidly absorbed and high bioavailability, better efficacy for resistant mycoplasma and short withdrawal period than compare to other anti-mycoplasmosis drugs. Tylvalosin used for the prevention and treatment of Mycoplasmosis (M. gallisepticum, M. synoviae and other Mycoplasma spp.) and diseases associated with clostridium perfringen in chickens and turkeys. The drug is also indicated for prevention and treatment of Mycoplasmosis in pheasants. In turkeys, it is used to treat lung infections caused by a bacterium, ornithobacterium rhinotracheale, which can cause illness when it is complicated by other viral and bacterial infections. In Swine Tylvalosin used for the control of porcine proliferative enteritis associated with lawsonia intracellularis infection in pig. In many other countries, the drug is also used for the treatment and prevention of porcine proliferative enteropathy, swine enzootic pneumonia caused by susceptible strains of M. hyopneumoniae, and swine dysentery caused by B. hyodysenteriae. 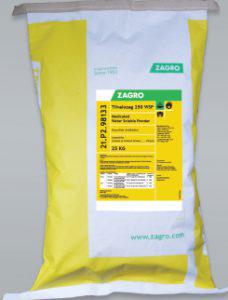